Home is where the Art is | Art, Photography, and Fashion 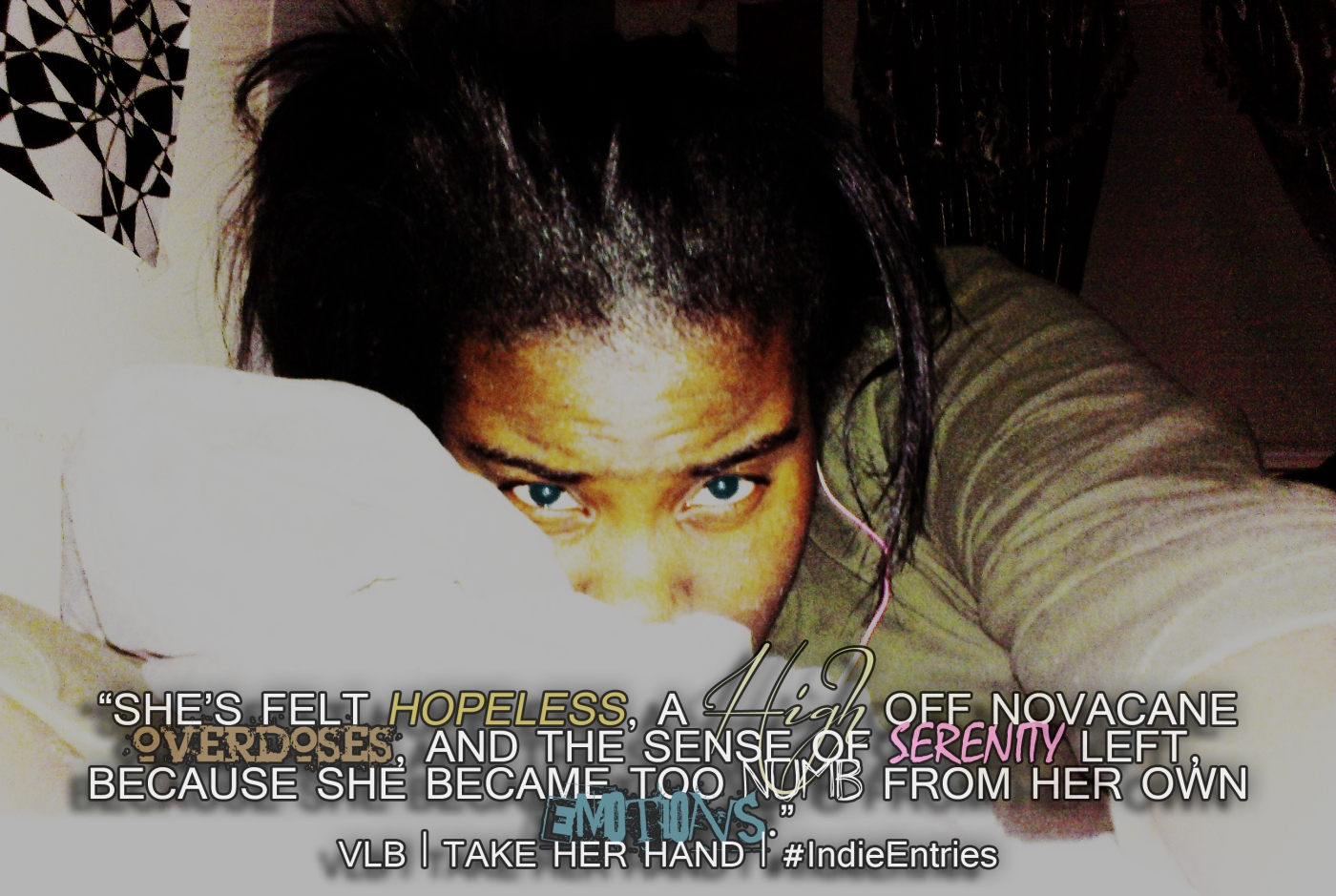 Take Her Hand
By: VLB

On the bed where she lays, she’ll often think and realize, they’ve come a long way, her and the good guy.

They started off strangers and grew into being the same person, she’s given him almost all of her because he deserves it.

Over time, they’ve been through it all. Slowly bricks have fell down off of her wall and when she needs someone, he’s always been the one she knew she could call.

But lately, the tension from her end has slowly built back, as she catches herself starting to slack.

Her past has her believing the people she gets the closest to change and become deceiving.

But with him feelings like that shouldn’t be felt, because he’s her best friend and helps her to see the good inside herself.

He’s different from them all, because even though it stood tall, he still took a daring leap over her wall.

So she always wonders, why the insecurity, the fears and emotions in her mind of the “what ifs” have been hurting deep.

Hasn’t been sure what to expect, so lately she’s assumed something has to make it all go left.

She’s felt hopeless, a high off novacane overdoses, and the sense of serenity left, because she became too numb from her own emotions.

She’s been harder on herself for that more than ever, sometimes its hard to believe her feelings towards this all will change for the better.

The restless intimidation of him and his personal affairs , has left her feeling wrong, but it puts her in despair, and gives her a constant scare, that he’ll forget her and everything with their friendship will be gone.

Having that fear of them ending, has been beyond gut-wrenching.

Her rocky past’s haunting here has really been draining, and slowly but surely it’s bound to make this bond feel like its straining.

Of course she just doesn’t want for it all to relive and resurface, because a few of it’s actions left her feeling just that worthless.

All of the pain, and all of the crying, shows how hard she’s been trying. Even though sometimes she feels a piece of her heart slowly dying.

But she’s been expressing her thoughts and saying her peace so how is it that her feelings haven’t changed in the least?

Never did he give her reasons to worry, so she questions why seeing a positive outlook on them is blurry.

He’s asked for her to put her fears to rest, so what has kept around that sense of stress?

The communication hasn’t been easy, but nobody said a strong friendship was always breezy.

Behind every act of her frustration was a cry for his help, but she’s been pushing him away because the ounce of pride left inside herself.

Never wanted him to see her down, to watch as her peace of mind hit the ground. She believed it would stop him from wanting to stick around.

He’s acknowledged all the good though and kept his head up through all their bads, but he never shed a tear. He never showed that he was mad or sad.

It sometimes made her wonder, was he affected? Has her nervousness towards him left him feeling disrespected?

It hasn’t been her intention to hurt him, but the way she’s acted, it’s like sometimes she doesn’t deserve him.

What she wants now is to be more honest, calm, and expressive. He has taught her that lesson.

Yes it all happens in due time, but it would be failure if she didn’t try.

He’s done more than anyone else ever would. Yes he’s a great friend and has truly done something good.

She loves him dearly, as well as cares. The quality of guidance he’s given her is rare.

For right now she’s lost her sense of seating, so he should occassionally remind her where they stan. If she reaches out for his help again, will he take her hand ?”

Start a Blog at WordPress.com.